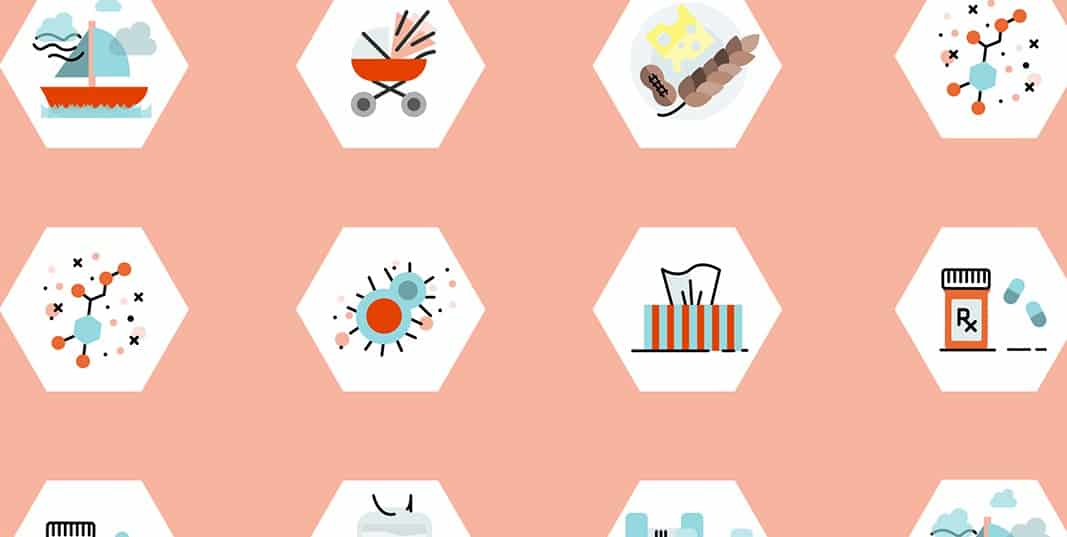 Nausea: It’s one of those universal human experiences we can all commiserate with. In fact, it’s estimated that each year half of the adult population experiences at least one bout of nausea, which may or may not lead to vomiting. That makes sense because there are many reasons people feel nauseous. 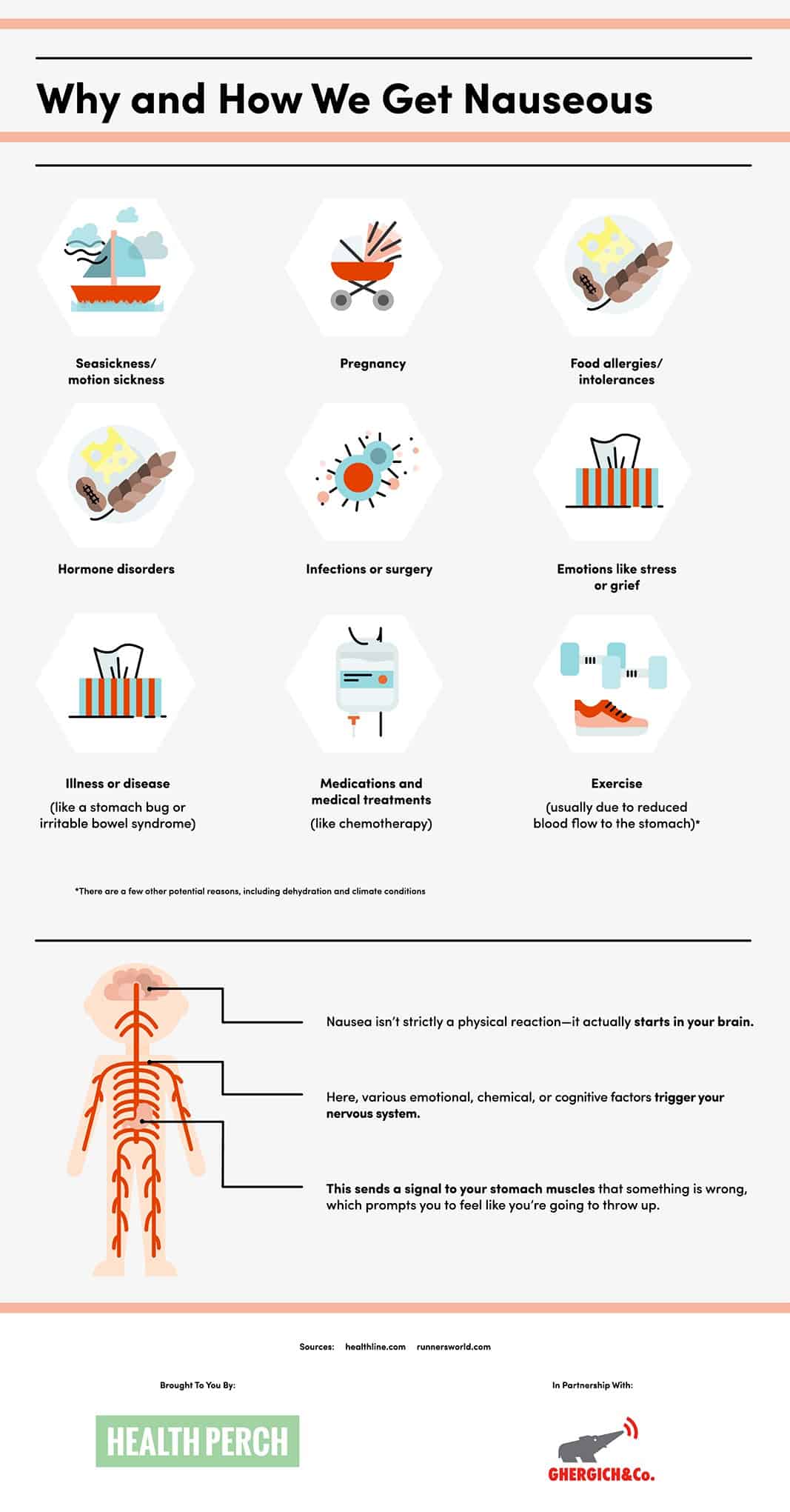 What to Eat and Drink When You Feel Nauseous

If you feel sick to your stomach, eating or drinking may be the last thing on your mind. And if your symptoms only last for a short time, abstaining could be the right thing to do.

Water and light or clear beverages

Even when you’re healthy, being dehydrated can leave you feeling pretty crummy. When you already feel awful, dehydration exacerbates the effect. And, if you have a fever and/or ­­struggle to keep food or drinks down, you could become dangerously dehydrated without realizing it. Water alone is a great start, but if you lose fluids through vomiting or diarrhea, you may want to incorporate sips of coconut water, clear juices, or sports drinks. Flat ginger ale can also be a good option, but be cautious with carbonation as this could upset your stomach further.

Beverages and foods that are cold may be more appealing (or less likely to turn your stomach) than warm ones because they’re typically less fragrant. Sip small amounts rather than guzzling a whole glass, and consider sucking on small ice chips or a popsicle.

This ancient herb has historically been used to relieve stomach upset, and the evidence that it works isn’t only anecdotal, it’s been proven in a variety of modern scientific studies, too. Keep in mind that effectiveness is tied to the amount consumed: Most studies use ½ to 1½ grams (or the equivalent) of dried ginger daily. But many common methods of consuming ginger (ginger tea, ginger ale, candied ginger slices, ginger cookies) make it hard to measure how much you’re getting. Taking ginger capsules or using your own fresh or dried ginger for tea is probably the best way to track your intake. If you’re pregnant or breastfeeding, talk to your doctor before using ginger for nausea.

When you’re ready to venture beyond clear fluids, broth is a great next step because it provides hydration, electrolytes, and a little more flavor, which may help you ease into real food. Broth is also a versatile base you can add more nutrition to in the form of chicken (diced small), vegetables, noodles, or rice as your body becomes capable of handling heartier fare. Just be sure to keep the spices and seasonings to a minimum at first.

Bread, crackers, rice, noodles, and other similarly simple foods are sick-day staples, although interestingly, this is one nausea-fighting food group that lacks scientific research to back up its effectiveness. It’s believed that starchy foods may help absorb some of the stomach acid that contributes to feeling nauseated, and it’s well-documented that we’re more likely to experience nausea on an empty stomach than when we’ve eaten a little something. So if you’re up for it, try nibbling on a soda cracker or a little steamed rice. You can add a small amount of seasoning, such as salt (or ginger) if it sounds appetizing.

Not only is applesauce a gentle, healthy source of carbs (which can help you build back your energy), but it can also benefit you if you’re experiencing diarrhea. That’s because it has high dietary pectin, which helps by binding substances in the intestine, adding bulk to loose stools. Applesauce is part of the BRAT diet (bananas, rice, applesauce, and toast), which has long been a go-to grocery list for people with nausea.

Many of the foods on this list can soothe your stomach but lack in overall nutritional value. Not so with bananas. This nutrient-dense fruit is not only soft and easy to eat, it also provides you with approximately 105 calories, 27 grams of carbs, and 12 percent of potassium and 22 percent of vitamin B6 needs for the day (for a medium banana). One tip: The riper the banana, the more fragrant, so if smells turn you off, try a greener one.

We mentioned that cold drinks are often more appealing than hot, but sometimes sipping on something warm provides much-needed comfort. In that case, try a caffeine-free herbal tea. See if perhaps peppermint, chamomile, or ginger sounds like something you’d like to sip. You may find that lukewarm or iced works better for you than hot.

Each person—and each instance of nausea—is different, so if you’re under the weather, don’t force yourself to eat a particular food if the smell turns your stomach. Listen to your body and take it slow; you’ll be back to your regular meals before long.