No matter how healthy your lifestyle—plenty of sleep, exercise, healthy meals—you won’t be able to completely combat aging. New research shows our mothers may be to blame. While we can’t control genes, there are some factors we can control to slow down the aging process.

Research shows damaged DNA in the mitochondria—the powerhouse of the cell—is partly responsible for the rate of aging. This DNA contains genes only from mothers. As it becomes damaged over time, the cell’s energy production slows down, which results in aging. While previous research shows acquired damage to the DNA causes aging, some damage is already present at birth since DNA transmitted from mother to child. Research on DNA damage is not only important to learn how to reduce the physical attributes of aging but also to prevent diseases related to age including cancer, cardiovascular disorder, and neurodegenerative disorder.

When it comes to lifespan, twin studies show genetics only account for 20 to 30 percent of a person’s likelihood of making it to age 85. Since scientists have discovered the genes responsible for aging, it’s possible to prevent or reduce that DNA damage in the future—not necessarily for a longer lifespan but for a healthier, disease-free lifespan.

While genetics play a large role in how you age, research shows roughly 40 percent of factors that cause aging are not related to genetics. Some lifestyle choices, including diet, exercise, smoking, and drinking, play a role in aging and how long you could live. Unfortunately, even small indulgences can lead to a shortened lifespan. One study estimated how much time specific lifestyle choices can subtract from a person’s lifespan. The study suggests smoking just two cigarettes subtracts about 30 minutes from a person’s lifespan.

When it comes to your skin, sun exposure causes the most harm. Age spots and wrinkles can form with age, but sun damage accelerates the process. Smoking also contributes to skin aging. Studies show that smoking significantly increases the appearance of wrinkles.

Normally, DNA can repair itself, but damage can accumulate with age. Once DNA is exposed to enough damage, cells kill themselves, and a loss of cells can lead to dysfunction in mitochrondia and organs. This damage results in a decline in mitochondrial function, which makes us age. Research has yet to show specifically how the damage contributes to aging, but it’s clear it can contribute to cancer and other age-related diseases. Fortunately, there are lifestyle factors you can control to slow down the aging process. 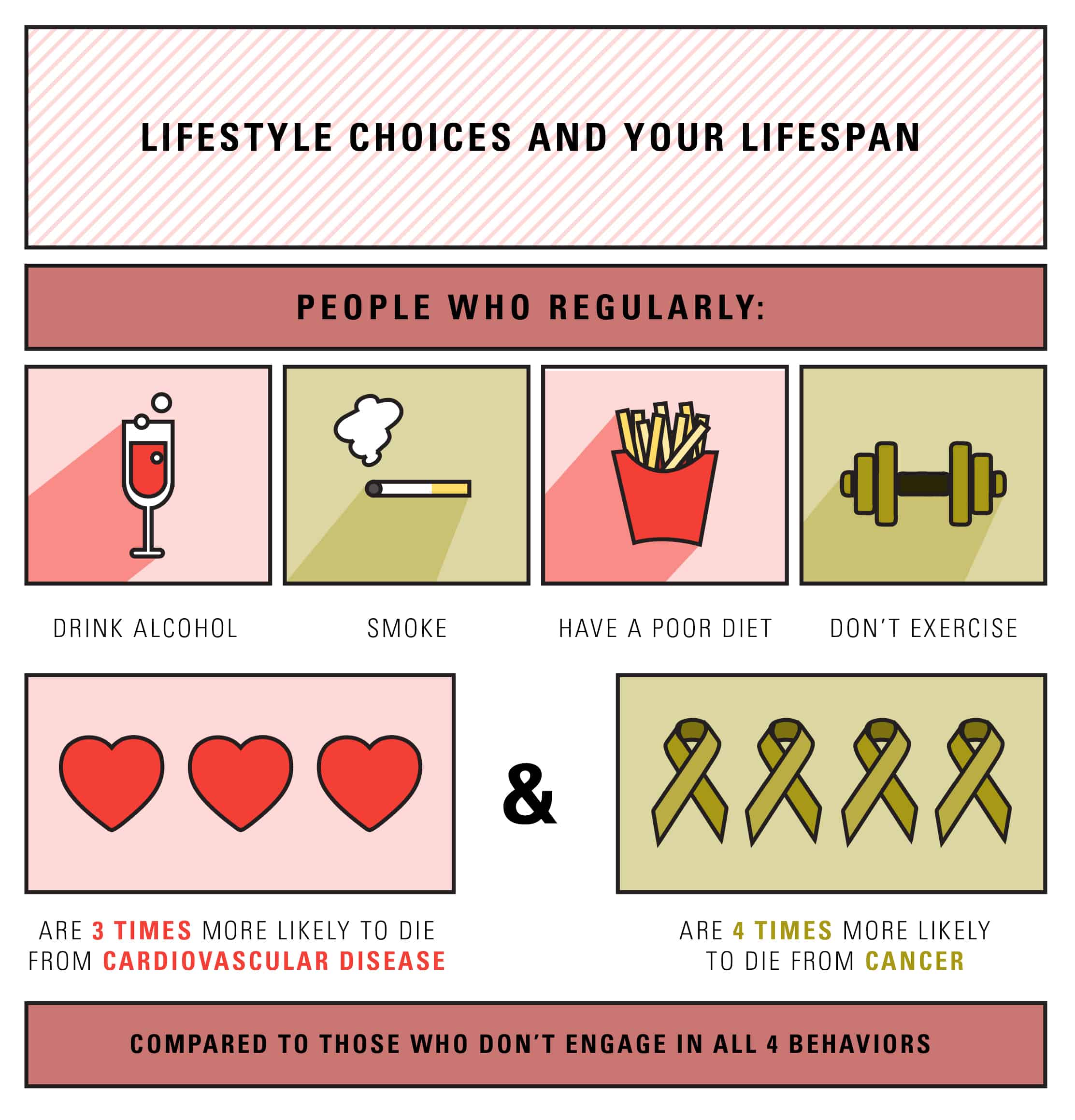 A healthy diet is important in reducing the aging process. Free radicals produced as byproducts during normal metabolism cause oxidative damage and damage to the mitochondrial DNA. This damage speeds up the aging process, and oxidative stress can be linked to diseases such as cancer and heart disease. Antioxidants are capable of neutralizing free radicals, which inhibits cellular damage. The body produces several antioxidants, but eating foods rich in antioxidants such as vitamin E, vitamin C, and B-carotene is essential to any diet.

Restricting calories also produces fewer radicals. One study suggests reduced calorie intake results in a longer life span, but that resveratrol (commonly found in red wine) can increase lifespan even with high calorie intake. By eating 15 percent less starting at age 25 (that means cutting 300 calories if you eat around 2,000 calories a day), it’s possible to add four and a half years to your life. It’s not quite clear why this works (most studies have been conducted on animals) but scientists hypothesize it lowers the metabolic rate, resulting in fewer free radicals. Other studies show that while restricting calories can reduce risk of certain diseases, such as diabetes and heart disease, there’s no solid evidence it increases lifespan. The takeaway? Everything in moderation. 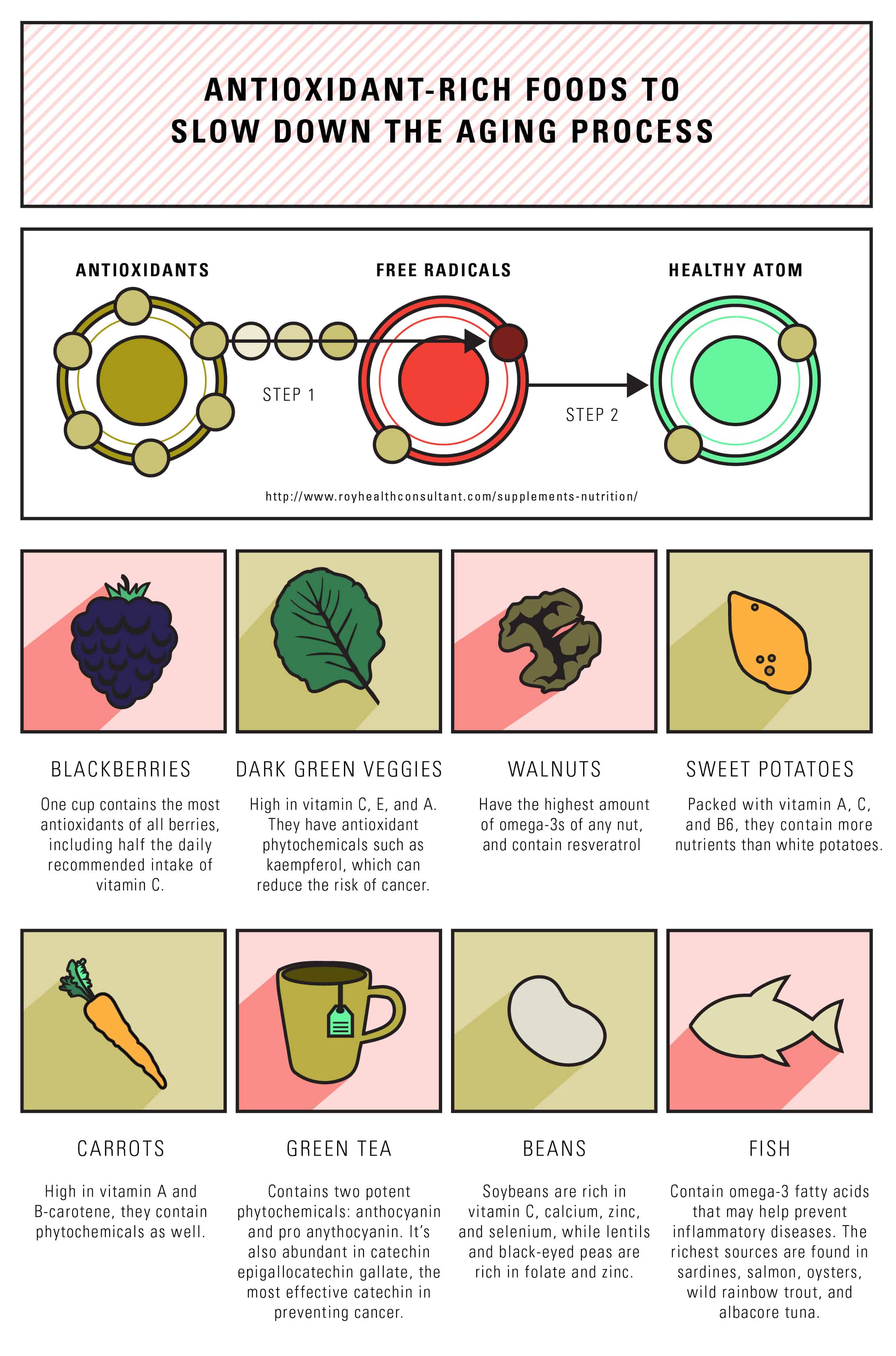 Moderate exercise and enhanced physical activity is associated with late menopause and longer reproductive span. It can also reduce stress, leading to better sleep and healthier skin. In one study, researchers found that reduced levels of fitness in mice correlated with increased levels of DNA damage.

In another study, five healthy 20-year-old men spent three weeks in bed to test the significance of exercise. After only three weeks they exhibited characteristics of men twice their age, including faster resting heart rate, higher blood pressure, and a rise in body fat. But an 8-week exercise program reversed the effects. The study shows that exercise can decrease many characteristics associated with aging, even with just a 30-minute brisk walk daily.

Stressing over a work presentation may have little effect on health, but chronic stress can produce a hormone that increases levels of free radicals. It can cause multiple issues such as acne and hives because the immune system is suppressed, slowing down the body’s ability to repair itself. Getting enough sleep and exercise is key to stress reduction, as well as eliminating known stress factors. A full night’s sleep allows your body to repair itself, and even prevents wrinkles.

Stress releases the hormone cortisol, which breaks down collagen, leading to sagging skin and wrinkles. But while it accelerates aging, one study shows a healthy lifestyle (eating well, exercising, and getting enough sleep) can combat the damaging effects of stress.

Stress can also target telomeres, a repetitive sequence in DNA that shortens with age. When they shrink too much, cells enter senescence, a non-replicating state. And when telomeres become damaged, they are very difficult to repair. Research shows they shut down during stress, possibly contributing to aging. 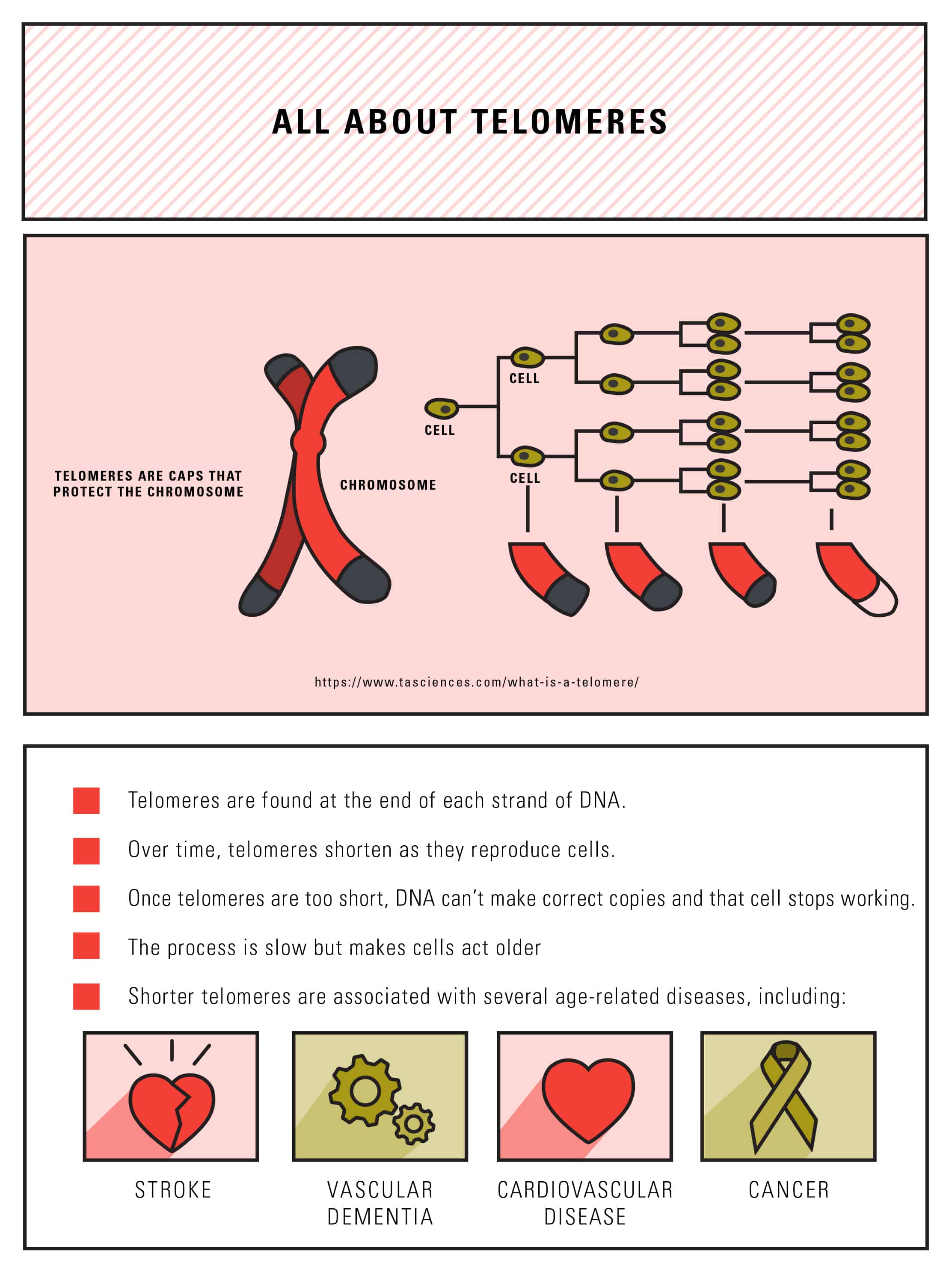 Drinking alcoholic beverages depletes the body of nutrients and can cause dull skin. While moderate alcohol may delay menopause, excessive amounts dehydrate the body, causing the kidneys to work double time and leaving organs parched. Alcohol reduces vitamin A, which slows down cell renewal. Excessive drinking can worsen skin issues such as rosacea and psoriasis, too. Additionally, alcohol increases blood flow and causes redness in the face by dilating the blood vessels closest to the outer layer of skin. Sometimes these vessels can burst, which leads to broken capillaries on the face.

In two studies that compared identical twins, smoking was a major factor in aging. The longer one twin smoked, the older she appeared compared to her non-smoking twin. The study showed that it only took five years of smoking to make one twin appear older than her sister and every ten years added an additional two and a half years to her perceived age.

While wrinkles are inevitable, frequent sun exposure can drastically speed up skin’s aging process. One study even suggests UV exposure is responsible for up to 80 percent of visible facial aging signs. In the same study that compared identical twins that smoked, results showed the participants who used sunscreen looked younger. The UV rays damage skin’s elastin, which causes it to sag. Even though it won’t be noticeable during your younger years, the damage will quickly catch up and cause premature aging. Luckily, it’s easy to prevent. To block UV rays, always wear SPF outside, even on cloudy days. Avoid peak sun hours from 10 am to 4 pm and wear protective clothing like hats and sunglasses when outside. Never use a tanning bed—apply sunless tanners instead if you want a glow.

As you age, skin becomes thinner, drier, and more fragile. To combat dryness, aging skin needs more moisture to lock in hydration and reduce the appearance of wrinkles. For people with oily skin, moisture may not be an issue but the oil can cause acne, even later in life. Be sure to use gentle ingredients on fragile skin and look for multipurpose products with antioxidants to ward off free radicals.

By controlling all of these lifestyle factors and indulging in moderation, you can slow down the aging process, no matter your genetics. There’s never a wrong time to start leading a healthy lifestyle—a switch in diet and exercise regime can actually reverse some effects of aging. 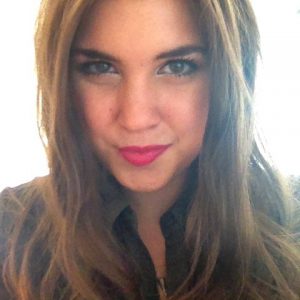 Danielle Emig is a freelance writer and lipstick lover living in New York City. Originally from Portland, she moved to the big city with only a suitcase full of shoes and a mind bursting with dreams. It was her desire for adventure that led her to NYC, and even working unpaid internships and odd jobs to make ends meet — like cocktail waitressing at a pirate-themed bar — wouldn’t deter her from making it as a writer and editor. Two years later, she landed at InStyle Magazine and hasn’t looked back since. When she’s not sipping out of a lipstick-stained wineglass, Danielle loves to cook, make jewelry, and hang out on her fire escape.