Everything you need to know about this year’s top diet

Of all the foods predicted to trend in 2014, wheat is not one of them, says the National Restaurant Association. Consumers instead are giving up gluten—a protein found in wheat, barley and rye—as well as eating more locally sourced and sustainable seafood, meats and produce.

You might recall a gluten-free diet being all the rage last year as celebrities, including Miley Cyrus and Gwyneth Paltrow, began to tout its benefits. Though not eating gluten is more than just cutting out bread and pasta. In fact, surprising sources can include everything from cereal, to herbal tea, soup and salad dressing.

More importantly, the diet is designed for people with an autoimmune disorder called celiac disease (CD). When those with CD eat foods containing gluten, their immune system forms antibodies to gluten, which then attack intestinal lining and may eventually cause malnourishment, says The Cleveland Clinic, as well as anemia, osteoporosis, and cancer.

That’s not to say a gluten-free diet should be limited to those with the disease. According to research published in the American Journal of Gastroenterology, of the 1.8 million Americans who suffer from an intolerance or sensitivity, only 1.4 million know it.

This means if you’re interested in going gluten-free, whether you suspect it’s behind your stomach problems or not, you shouldn’t just jump right in. While gluten itself doesn’t offer special nutritional benefits, says WebMD, the many whole grains that contain gluten do. As reported by the American Dietetic Association, gluten-free products tend to be lower in B vitamins, calcium, iron, zinc, magnesium, and fiber. Cutting them at random means you lessen your intake. Make sure you are replacing these nutrients with other sources, since they all help to reduce the risks of diseases like diabetes and cancer.

By talking to your doctor, you’ll have an opportunity to both learn where gluten hides—we’re looking at you, malt and hydrolyzed vegetable protein—as well as what true gluten-free meals and snacks look like.

Sure, big-time companies are regularly coming out with gluten-free alternatives, but that doesn’t necessarily mean they’re healthy. In most cases, when an ingredient has been swapped out, it’s been replaced with something else that’s higher in fat and/or sugar.

So in order to help you decide if going with the trend is in your best interest, we’ve broken down the basics for you, from symptoms to solutions.

Though not an autoimmune disorder, both gluten sensitivity and intolerance result in similar symptoms. Differences occur in those with intolerance, as they may also experience abdominal cramping, bloating, diarrhea, and flatulence, adds Fox News.

CD is hereditary, so if someone in your family has been diagnosed, consider getting genetic tests. Otherwise a blood test can help determine if you have the disease or not. Though positive results don’t always mean yes, says Joseph Murray, MD, a Mayo Clinic gastroenterologist. If the blood test comes back positive, it’s only likely you have CD. In order to confirm the result, you’ll need a small bowel biopsy, where doctors remove a tiny piece of your intestinal wall to analyze its texture and note any CD-related changes.

In the interest of tests, it might be best to schedule an appointment with a specialist. A gastroenterologist like Murray will be familiar with symptoms and possibly diagnose you quicker than your primary.

Again, deleting the pizza delivery guy’s phone number isn’t all you need to go gluten-free. It requires you remove any food with the protein from your diet, which can be harder to detect than you think. Your doctor, or even a dietician, can help you spot the sketchy ingredients that lurk in general foods. The more you do this, the easier they’ll be to find.

As for alternative brands, a few of the companies you can count on are KIND Healthy Snacks, Bob’s Red Mill, Fage, Smucker’s, Applegate, Wild Planet and Cascadian Farm.

The Mayo Clinic has a full list of what those on a gluten-free diet can and can’t eat, though some staple items include eggs, lean meats, beans, seeds, fruits and vegetables, brown rice, quinoa and corn. Whether you suffer from CD, intolerance, sensitivity or a genuine curiosity (with your doctor’s blessing), you’ll want to know how to properly—and healthily—prepare your meals. In which case, bon appétit! 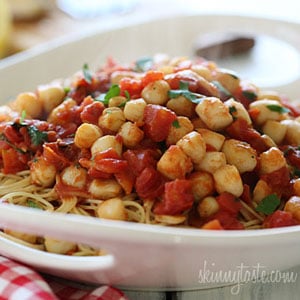 Carrot Soup with Miso and Sesame 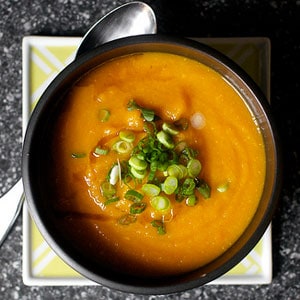 Smittenkitchen.com
Consider this a healthier—and gluten-free—version of the soup you love to order in sushi restaurants. A drizzle of toasted sesame oil and sliced scallions is what really ups the flavor factor. 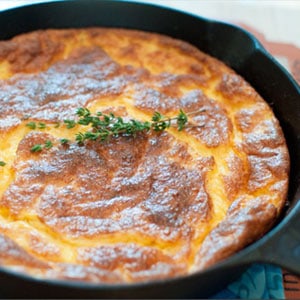 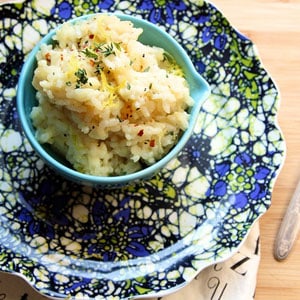 Joythebaker.com
With Parmesan cheese, herbs, lemon, salt, and chili flakes for the right amount of kick, this dish is the perfect solution for a savory dinner. 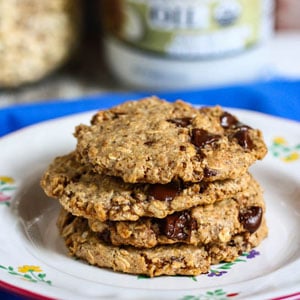 Eatliverun.com
Made with almond butter, flax, oats and dark chocolate, these cookies are both gluten- and guilt-free. You’re welcome.